Your House and Elections

Your House and Elections 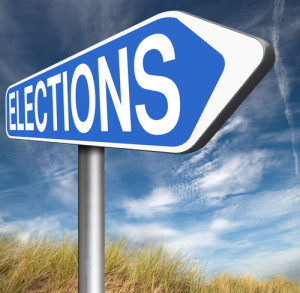 With the national elections ramping up, many voters already have voter fatigue (also called voter apathy). That is, we're already so tired of hearing about the elections that we don't bother to vote at all. In fact, voter apathy is quite high in the United States: Somewhere between a third to a half of eligible voters do not vote in national elections and even fewer vote in local elections.

But, "the likelihood that a homeowner will vote in a local election is 65%, compared to 54% for renters" and they are 3% more likely to vote in national elections than renters.

Here's why not voting is a bad idea:

Local elections can affect the marketability of your home

The value of your home is determined by a variety of factors, one of which is the rating of the local schools and another is the infrastructure of the community (the age and condition of the bridges, roads, drainage, street lights and other municipal projects). When a municipal bond issue comes up for vote, the outcome can affect both your bottom line through property and sales taxes, and the community desirability via new roads, better schools and protection from flooding (for example).

The affect on home sales prices is not because of the specific outcome of the elections, but because consumers become more nervous about the economy during election years. When larger blocks of homeowners vote, they are placing their trust in the economy and the expectation that home values will rise.

Some propositions have direct effect on your property taxes and the sharing or distribution of municipal expenses. For instance, in an upcoming election in Texas, directly changes the amount that a homeowner is able to exempt from property taxes (the homestead exemption) and makes that change a constitutional amendment … meaning that it takes another vote of the State's entire electorate to change it. You might think that this would raise marketability to non-child families and lower marketability to families with children, but proponents believe that instead, it will increase home values across the board, thereby increasing tax revenue to schools.

One aspect of participating in local elections is that the homeowner gets to know what is important to other people in their community. Being part of a community is one of the benefits of homeownership. Connecting with your neighbors to improve your schools, streets and bridges can bring a sense of civic pride and camaraderie to your neighborhood.

Your local real estate professional can indicate which areas in your neighborhood adversely affect the market value of your home. If you can help improve those things now, you should, so that when you're ready to sell, your home's value is at its highest.